Varsity Football travels to Chapel Hill High School Friday night to take on the Panthers at 7:30pm. Chapel Hill is allowing spectators at its home contests, so if you’re planning on attending the game please take note of the following important details: Visiting team cheerleaders and bands will NOT be permitted to attend. There will

The 2020 All-Region 6AAAAA Volleyball teams were announced Monday and Grady had six players honored. Kiala Blackman (SR) was voted to the first team after leading the team in Kills during region play with 60. Carson Gray (SR) and Annie Laster (JR) earned second team honors, leading the team in Digs and Assists, respectively. Emma

Boys and Girls Basketball tryouts will be held October 26-30 at Grady. Specific times are still TBD, but interested students should contact Coach Smith (Girls) or Coach Johnson (Boys) in advance for more information. Students and/or parents interested in Boys Basketball should also plan on attending the Boys Basketball Interest Meeting on Monday, October 19 at 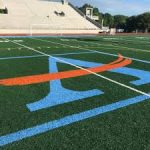 On Monday 10/26, Atlanta Public Schools will begin allowing a limited number of spectators back at home contests. Those specific restrictions and procedures will be communicated in advance but please be advised that until 10/26, no spectators are allowed on school campus at any Grady home contests and all stands remain closed. For more information