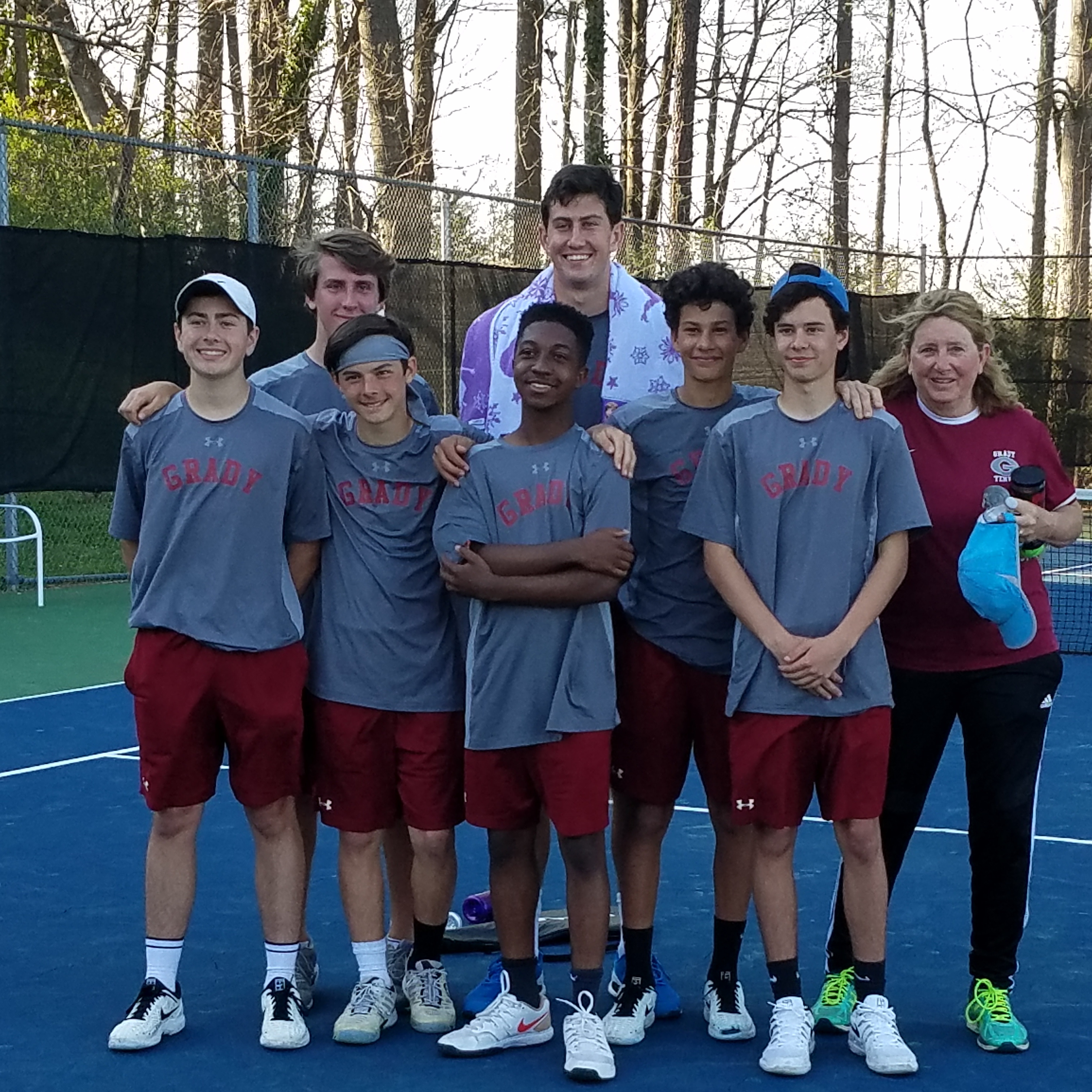 The Grady boys knocked off top seeded North Springs to win the region 6-AAAAA championship. Josh Wolfe took one singles and Colin Stanley and Henry Edmeades won two doubles to start the day. But Grady dropped two singles and were trailing in three singles when freshmen, Scott Whitley and Teddy Suazo at one doubles, held off North Springs to close out the match for the team victory! Now on to State!