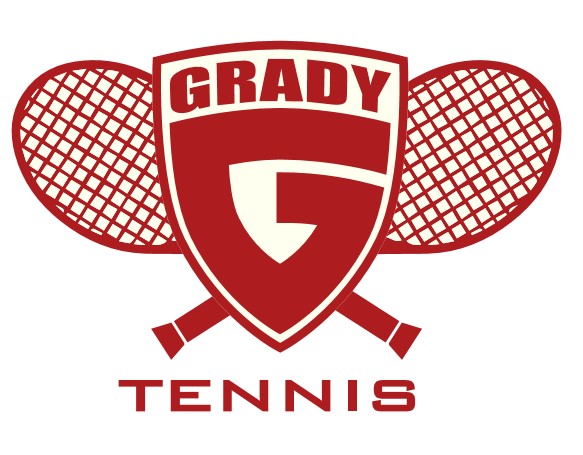 Grady Boys Tennis visited Woodward Academy Wednesday afternoon on their senior night for a match against a key new Class AAAAA opponent. The Knights dropped one singles, with Ethan Bass battling a highly ranked opponent, but Teddy Suazo and Elliot Willner won at two doubles to tie the match at 1-1. Woodward pulled ahead 2-1 by taking one doubles in a split-set match, with Colin Stanley and Simeon Smith battling to the end. Grady again bounced back to tie the match at 2-2 behind Cooper Cavalier’s comeback win at two singles. The match came down to Scott Whitley at three singles, and Whitley battled from behind in both sets to win tie breaks and secure the win for Grady. The victory was Grady’s first ever win against traditional powerhouse Woodward, giving Grady strong momentum heading into the state playoffs. Grady faces Maynard Jackson next week in the final Region 6-AAAAA match of the year.