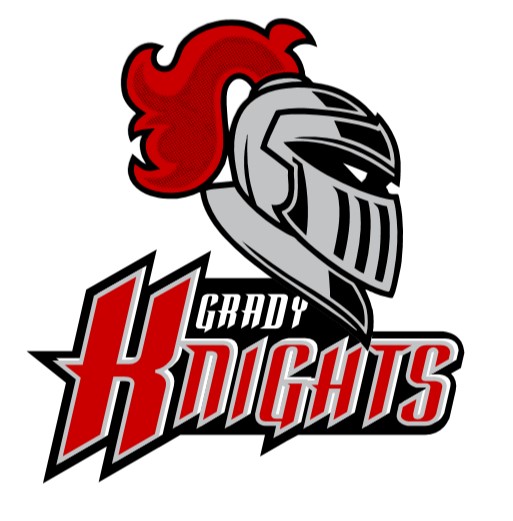 Varsity Football opened the season on Friday night at Grady Stadium against a hungry and scrappy Fayette County Tigers team. Both teams struggled to find their offense in the early-season matchup, but it was the Tigers who made more plays to pull out a 20-14 victory over the Knights.

Senior running back Jordan Jones ran in the first touchdown of the game for Grady but Fayette County answered right back with a touchdown of its own and a two-point conversion. A scoreless second quarter led to a 8-7 game at halftime. Fayette County’s offense showed some life in the third quarter with two touchdowns, but Grady’s defense kept the Knights close as senior safety Xavier Sessoms recovered a fumble in Tigers territory and ran it in for the Knights’ second touchdown of the evening. That would be all the scoring for the rest of the game, however, and Fayette County held on for the 20-14 win.

Grady’s offense came from Jones, who finished with 109 yards on 21 carries. On the defensive side of the football, three Knights (Sessoms, Jordan Taylor, and Steven Simpson) recorded double-digit tackles, while senior defensive end Amari Little racked up eight tackles of his own, including three for a loss.

Grady will look to even its record at 1-1 in its next scheduled game on Saturday September 19 vs. Mays at Grady Stadium.