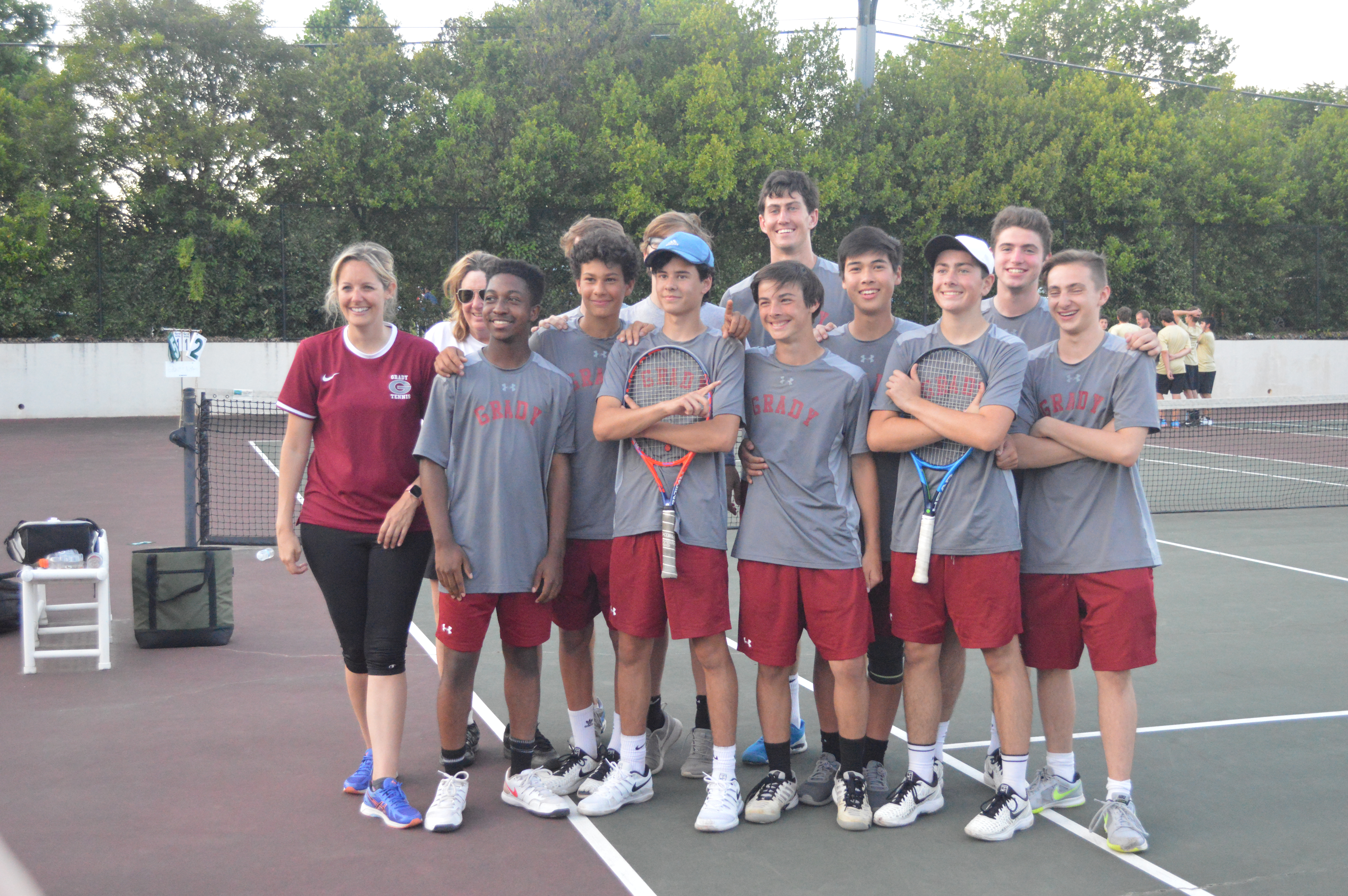 The Grady boys outlasted Carrollton as all five matches went to three sets! Senior captain Josh Wolfe won a three set match at one singles. Fellow senior Maximus Freightman played well but dropped his three set match at two singles. The crowd was getting heated as freshmen duo Scott Whitley and Teddy Suazo dropped their first set, then won the second set in a tiebreaker forcing a third set. They took control for the win pushing Grady to 2-1 and the brink of advancing. Our senior captain, Jack Stegleman was in his own battle at three singles and won the first set but lost the second set to go to a third. That set was back and forth when sophomores, Henry Edmeades and Colin Stanley, staged a late rally in the fading light to win their three set match to send the team to the state finals in Rome, again setting Grady tennis history. Twice Grady has been to the elite 8 but never the final four or the finals. Only one goal left, win the state championship!

Congratulations to Coach Taylor and Coach Chiddister for leading this group to the state tennis championship. Thanks to seniors from both the girls and boys teams for alll the hard work and dedication and thanks to team captains, Jack Stegleman, Josh Wolfe and Brooke Willis, for a season to remember.

One more match to play but this group has already achieved so much. Congrats and good luck in Rome, GA May 4th! Go Knights!