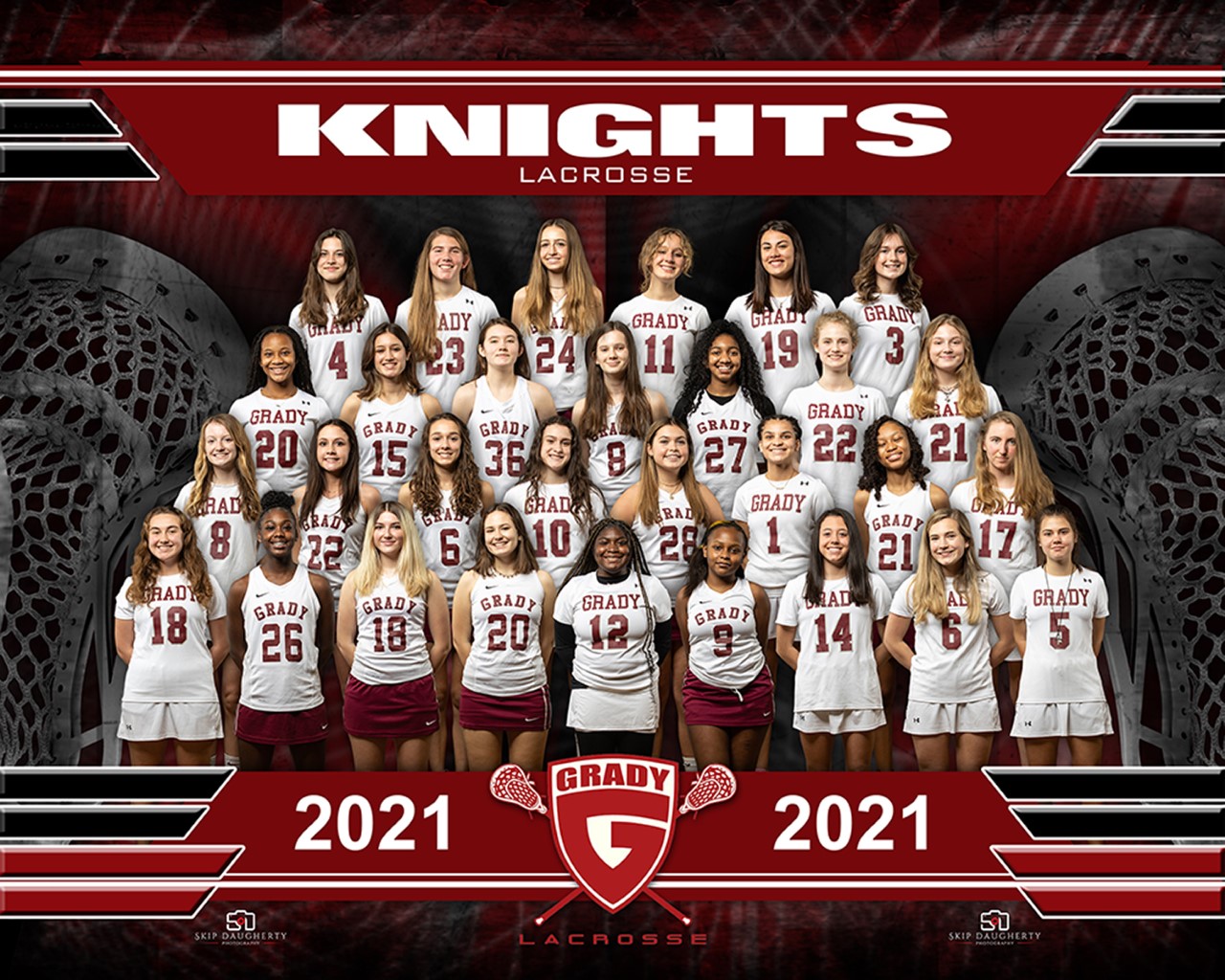 The JV Girls Lacrosse team took on the Westminster Wildcats Thursday afternoon at Walden Athletic Complex in Grady’s final JV game of the season. The Knights fell behind to the Wildcats 2-0 early but came roaring back for a halftime lead. Pushing their margin to 10-5 in the 2nd half, Grady looked in control and well on its way to an easy victory. Westminster responded with a run of its own, however, and tied the game at 10-10 with a few minutes to play. With the momentum against the Knights, freshman Ryan Carter stepped up and put home what turned out to be the game-winning goal in the final minutes. Grady held on from there and came away with the 11-10 win over Westminster, a perennial power in metro Atlanta Girls Lacrosse. The JV team finishes the year with a record of 4-2-1 and a bright outlook for its players on Varsity in future years.